A Gift that Will Keep on Giving

When Judith Anderson Herbert started classes at the University of Tennessee, she planned to become a teacher. She quickly realized that field wasn’t for her.

English was her favorite subject, and she found joy in developing her analytical and communication skills. She loved the writing-heavy literature class she took her sophomore year, and she was thrilled when the instructor enlisted her to grade papers from his entry-level English class.

“It got me to the point I wanted to major in English,” she said.

The endowment is the latest of several transformational gifts the Herberts have given their alma mater. To honor their generosity, the Herbert College of Agriculture was named in their honor in 2018. The Judith Anderson Herbert Writing Center in the College of Arts and Sciences was named for her in 2019.

Jim Herbert is the cofounder and retired executive chairman of Neogen Corporation, a company that pioneered rapid diagnostic testing and focuses on developing, manufacturing, and marketing products for food and animal safety. Judi has been by his side throughout his career.

A Level of Prestige 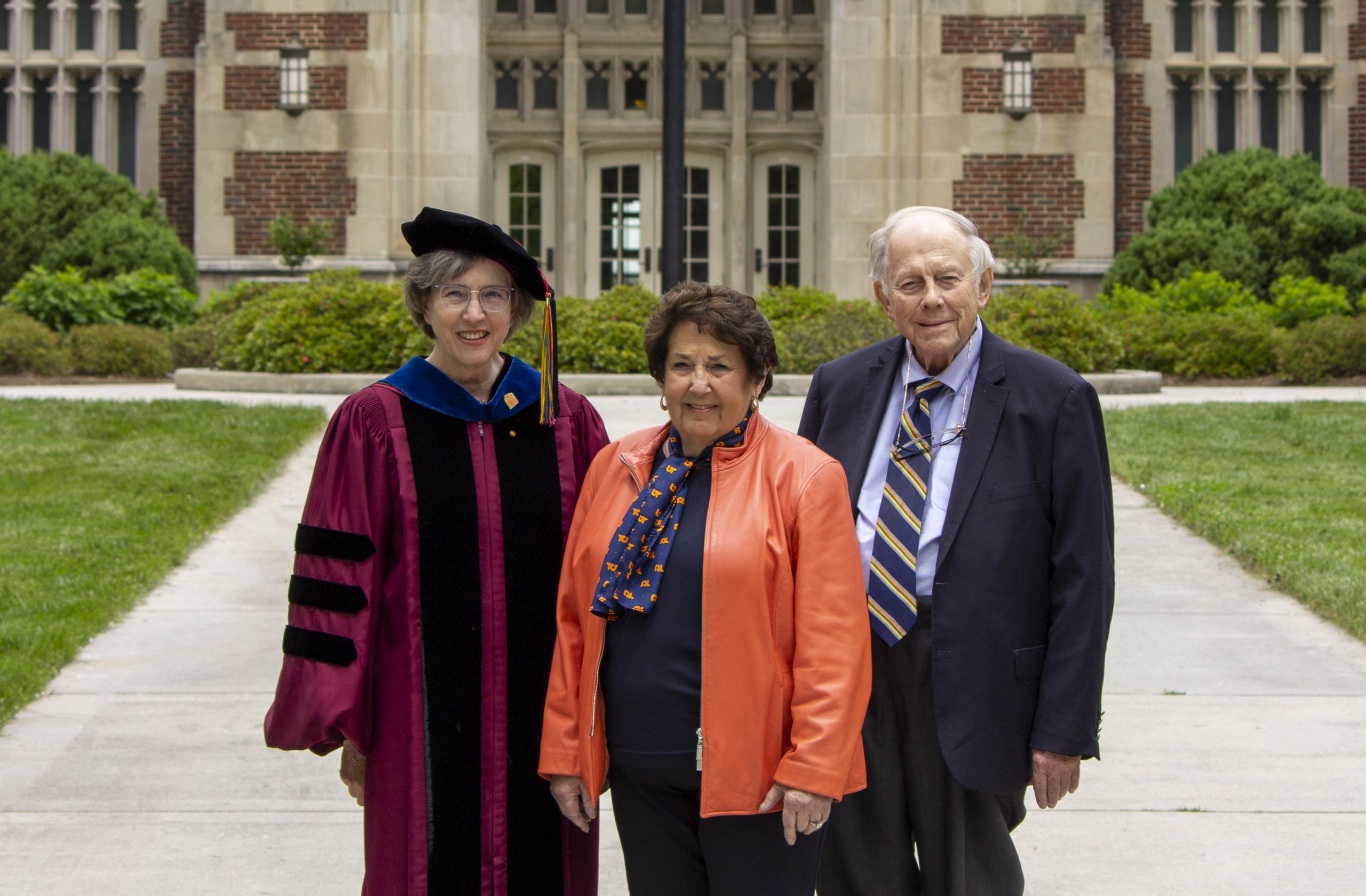 Assistant Vice Chancellor for Advancement Andrew Sheehy helped the Herberts establish the endowment while serving as the college’s executive director of advancement.

“Judi has a great affinity for the College of Arts and Sciences and great respect for Dean Theresa Lee; Judi and Jim value leadership,” he said. “We discussed the idea with Jim and Judi in December 2020, and they decided to fund it.”

The endowment funds the dean’s chair in perpetuity. Annual income from the endowment can be used to supplement the dean’s base salary and provide monies the dean can apply to college initiatives and needs.

“Holding an endowed chair is the highest honor an academic can receive in their career and usually indicates a person has national or international acclaim in their discipline,” Sheehy said. “The Herbert Family Endowed Dean’s Chair allows us to draw national attention to the College of Arts and Sciences when we go to recruit future deans.”

Although up to 20 percent of the endowment’s annual earnings can be used to supplement the dean’s salary, Lee has declined the extra pay.

“I asked that this not occur, as I am already well-compensated for my job,” she said. “However, those funds may be very helpful in hiring a new dean” when that time comes.

“The remainder — or all — of the earnings from the endowment will go into the college unrestricted fund. These funds can be, and currently are, used to support student scholarships and faculty awards, faculty retention, and support of specific projects, which is often helpful for getting something new started until other more permanent funding sources are put in place, or for a short-term, one-time project.”

Lee said the endowment underscores the Herberts’ confidence in the college.

“Knowing that the Herberts felt that the college needed that recognition and trusting us to use those funds wisely demonstrates great respect for UT and the College of Arts and Sciences,” she said.

Hope for the future

While their monetary giving has been significant, the Herberts have long supported the college and the university with their time and talents, as well.

Judi Herbert serves on the College of Arts and Sciences Dean’s Advisory Board. This summer, after her husband’s term ended on the UT Foundation Board of Directors, Judi agreed to take his seat.

The Herberts live in Lansing, Mich., and Jim Herbert is recovering from his fourth bout with lung cancer. However, they recently bought a condo in eyeshot of Neyland Stadium, and Judi said they look forward to spending some time there.

“It thrills my heart to know that it’s there,” Judi Herbert said.

The Herberts’ son and several grandchildren have graduated from UT.

Judi Herbert said she’s gratified to see her own grandchildren, other students, and faculty members benefitting from efforts the family has helped fund. She hopes other UT alumni and friends will be inspired to contribute to the endowment that benefits the College of Arts and Sciences.

“It’s not just to get your name on something or to give an added stipend to one professor, but to help the overall college,” she said. “We want to see the college do more and be even more prestigious than it is today.”