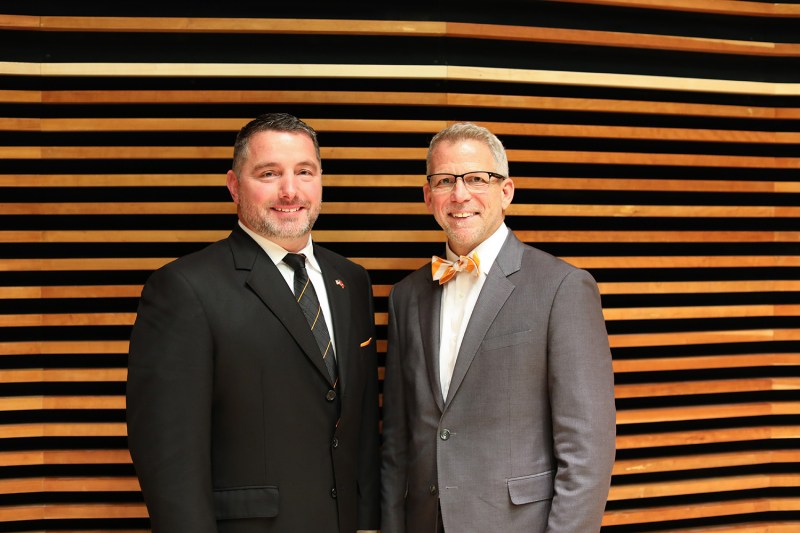 The University of Tennessee, Knoxville, School of Music has received a $3.14 million gift from Eric W. Barton of Maryville, Tennessee, a former Marine who went on to start several businesses serving the US Armed Forces in the Middle East.

“I met Eric in our Introduction Knoxville class,” says Jeffrey L. Pappas, director of the School of Music. “I invited him to tour the Natalie L. Haslam Music Center, and he was intrigued by what we were accomplishing in developing the talents of our students. As Eric learned more about our ambitions, he decided to help us make a number of ideas a reality. His gift will have an enormous impact on our ability to continue to develop our programs and to attract and retain the very best faculty. We are very grateful for his support.”

Barton’s gift will support several initiatives, including an annual visiting artist residency, which will give students the opportunity to meet and learn from a world-renowned musician during a week of clinics and performances.

At 42, Barton credits his deep desire to learn as much as he can about everything he can for the divergent paths his life has taken and his appreciation for the value of education.

Raised in Sandoval, Illinois, he enlisted in the Marines out of high school, earning his bachelor’s degree from Southern Illinois University while in the military. Receiving a meritorious commission, he rose through the ranks from private to captain, serving as both an intelligence officer and sniper platoon commander during his 11-year career.

In addition to his business savvy, Barton has earned an MPA in knowledge management, an MBA, and a Master of Divinity. In 2016, he earned his doctorate in business administration in leadership. He is the proud father of five children ranging in ages from 16 to 25.