Every year, members of our faculty publish books that make lasting impacts in their discipline. In our new Faculty Bookshelf section, we feature a handful of selected publications.

Civil Rights Memorials and the Geography of Memory 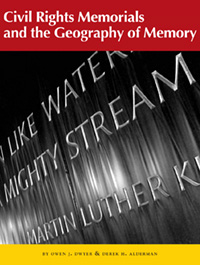 The creation of memorials dedicated to the civil rights movement is a watershed event in the commemoration of southern and American history, an important reversal in the traditional invisibility of African Americans within the preservation movement. Collective memory, to be sure, is certainly about honoring the past―whether it is Martin Luther King Jr.’s birthplace in Atlanta or the memorial to Rosa Parks in Montgomery―but it is also about the ongoing campaign for civil rights and the economic opportunities associated with heritage tourism.

Owen J. Dwyer and Derek H. Alderman use extensive archival research, personal interviews, and compelling photography to examine memorials as cultural landscapes, interpreting them in the context of the movement’s broader history and its current scene. In paying close attention to which stories, people, and places are remembered and which are forgotten, the authors present an unforgettable story.

As Dwyer and Alderman illustrate, there are reasons why memorials are not often located at the traditional core of civic space―City Hall, the Courthouse, or along Main Street―and location seriously affects their public impact. As the authors reveal, social and geographic marginalization has accompanied the creation and promotion of civil rights memorials, calling into question the relative progress that society has made in the time since the civil rights movement in America began.

The Acceleration of Cultural Change 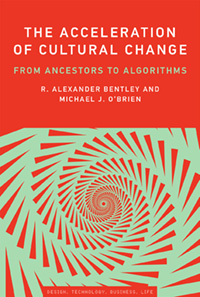 From our hunter-gatherer days, we humans evolved to be excellent throwers, chewers, and long-distance runners. We are highly social, crave Paleolithic snacks, and display some gendered difference resulting from mate selection. But we now find ourselves binge-viewing, texting while driving, and playing Minecraft. Only the collective acceleration of cultural and technological evolution explains this development. The evolutionary psychology of individuals—the drive for “food and sex”—explains some of our current habits, but our evolutionary success, Alex Bentley and Mike O’Brien explain, lies in our ability to learn cultural know-how and to teach it to the next generation. Today, we are following social media bots as much as we are learning from our ancestors. We are radically changing the way culture evolves.

Bentley and O’Brien describe how the transmission of culture has become vast and instantaneous across an Internet of people and devices, after millennia of local ancestral knowledge that evolved slowly. Long-evolved cultural knowledge is aggressively discounted by online algorithms, which prioritize popularity and recency. If children are learning more from Minecraft than from tradition, this is a profound shift in cultural evolution.

Bentley and O’Brien examine the broad and shallow model of cultural evolution seen today in the science of networks, prediction markets, and the explosion of digital information. They suggest that in the future, artificial intelligence could be put to work to solve the problem of information overload, learning to integrate concepts over the vast idea space of digitally stored information. 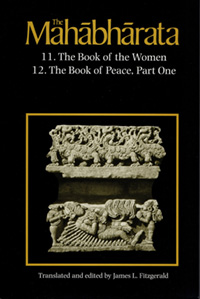 The second longest poem in world literature, The Mahabharata is an epic tale, replete with legends, romances, theology, and metaphysical doctrine written in Sanskrit. One of the foundational elements in Hindu culture, this great work consists of nearly 75,000 stanzas in eighteen books, and this volume marks the much anticipated resumption of its first complete modern English translation. With the first three volumes, the late J. A. B. van Buitenen had taken his translation up to the threshold of the great war that is central to the epic. Now James Fitzgerald resumes this work with translations of the books that chronicle the war’s aftermath: The Book of Women and part one of The Book of Peace. These books constitute volume 7 of the projected ten-volume edition. Volumes 4, 5, 6, 8, 9, and 10 of the series will be published over the next several years.

In his introductions to these books, Fitzgerald examines the rhetoric of The Mahabharatas representations of the war’s aftermath. Indeed, the theme of The Book of Women is the grief of the women left by warriors slain in battle. The book details the keening of palace ladies as they see their dead husbands and sons, and it culminates in a mass cremation where the women’s tears turn into soothing libations that help wash the deaths away. Fitzgerald shows that the portrayal of the women’s grief is much more than a sympathetic portrait of the sufferings of war. The scenes of mourning in The Book of Women lead into a crisis of conscience that is central to The Book of Peace and, Fitzgerald argues, the entire Mahabharata. In this book, the man who has won power in the great war is torn between his own sense of guilt and remorse and the obligation to rule which ultimately he is persuaded to embrace.

The Mahabharata is a powerful work that has inspired awe and wonder for centuries. With a penetrating glimpse into the trauma of war, this volume offers two of its most timely and unforgettable chapters.

The Oxford Handbook of Shakespearean Comedy 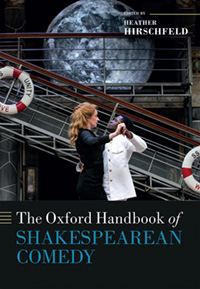 The Oxford Handbook of Shakespearean Comedy offers critical and contemporary resources for studying Shakespeare’s comic enterprises. It engages with perennial, yet still urgent questions raised by the comedies and looks at them from a range of new perspectives that represent the most recent methodological approaches to Shakespeare, genre, and early modern drama.

Several chapters take up firmly established topics of inquiry such Shakespeare’s source materials, gender and sexuality, hetero- and homoerotic desire, race, and religion, and they reformulate these topics in the materialist, formalist, phenomenological, or revisionist terms of current scholarship and critical debate. Others explore subjects that have only relatively recently become pressing concerns for sustained scholarly interrogation, such as ecology, cross-species interaction, and humoral theory. Some contributions, informed by increasingly sophisticated approaches to the material conditions and embodied experience of theatrical practice, speak to a resurgence of interest in performance, from Shakespeare’s period through the first decades of the twenty-first century. Others still investigate distinct sets of plays from unexpected and often polemical angles, noting connections between the comedies under inventive, unpredicted banners such as the theology of adultery, early modern pedagogy, global exploration, or monarchical rule. The Handbook situates these approaches against the long history of criticism and provides a valuable overview of the most up-to-date work in the field. 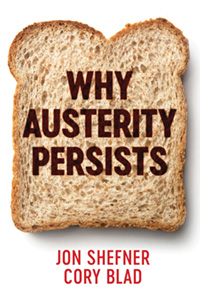 Several nations in the Global North have turned to austerity policies in an effort to resolve recent financial ills. What many failed to recognize is the longer history and varied pattern of such policies in the Global South over preceding decades – policies which had largely proven to fail.

Shefner and Blad trace the 45-year history of austerity and how it became the go-to policy to resolve a host of economic problems. The authors use a variety of international cases to address how austerity has been implemented, who has been hurt, and who has benefited. They argue that the policy has been used to address very different kinds of crises, making states and polities responsible for a variety of errors and misdeeds of private actors. The book answers a number of important questions: why austerity persists as a policy aimed at resolving national crises despite evidence that it often does not work; how the policy has evolved over recent decades; and which powerful people and institutions have helped impose it across the globe.

This timely book will appeal to students, researchers, and policymakers interested in globalization, development, political economy, and economic sociology.

Introduction to Circle Packing: The Theory of Discrete Analytic Functions 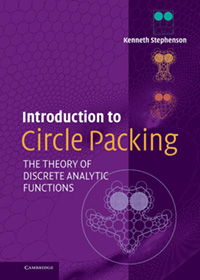 The topic of ‘circle packing’ was born of the computer age but takes its inspiration and themes from core areas of classical mathematics. A circle packing is a configuration of circles having a specified pattern of tangencies, as introduced by William Thurston in 1985. This book, first published in 2005, lays out their study, from first definitions to latest theory, computations, and applications. The topic can be enjoyed for the visual appeal of the packing images – over 200 in the book – and the elegance of circle geometry, for the clean line of theory, for the deep connections to classical topics, or for the emerging applications.

Circle packing has an experimental and visual character which is unique in pure mathematics, and the book exploits that to carry the reader from the very beginnings to links with complex analysis and Riemann surfaces. There are intriguing, often very accessible, open problems throughout the book and seven Appendices on subtopics of independent interest. This book lays the foundation for a topic with wide appeal and a bright future.

Other Book Publications of Note

Other Articles of Note