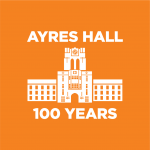 This year, our iconic building turns 100! Do you have pictures or stories to share about your Ayres experience? Perhaps the daily walk up the Hill for class or the open windows in winter to stay cool? Did you sled down the Hill while you were a student? Please share your stories and pictures with us! Email your stories and pictures to higherground@utk.edu and be on the lookout in the spring edition of Higher Ground for UT alumni experiences in and around Ayres Hall. 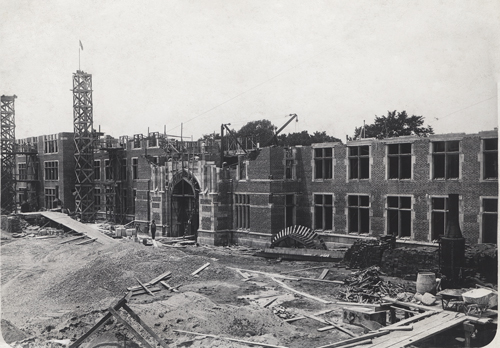 In 1917, UT was given a $1 million bond from the State of Tennessee, which included $800,000 to add academic buildings to the growing campus. Planning for a building to replace the Old College, West College, and East College buildings on the Hill began but was hampered by the United States entering World War I.

UT President Brown Ayres, who had been key in securing the bond and had the vision of a great academic building on the Hill, spent part of his last day in office before his sudden death in January 1919 trying to find a way to preserve Old College—the oldest structure on the Hill, finished in 1828.

A plan by alumni to raise $15,000 to move Old College had failed, and it was discovered that the interior walls had been constructed with soft brick, making the building too dangerous to move.

Following the demolition of the three buildings, 15,000 cubic yards of graded soil was used to level out what would become Shields-Watkins Field.

In November 1919, student Blanche Bingham laid the inaugural brick for Ayres Hall, which had been saved from Old College. 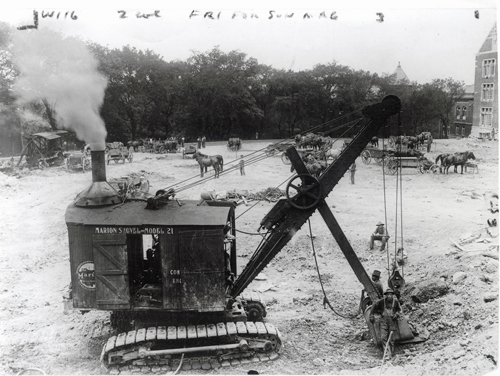 On March 26, 1920, a cornerstone of white marble was set in the center of the southeast side of the building. Under the stone was a box containing a picture of Old College, a copy of the $1 million legislative bill, a UT catalog, and various other publications.

Ayres was built in the Elizabethan Revival style—a mixture of classicism and Gothicism—which was a cost-saving measure.

The building was originally meant to have two small towers at each end, but they were cut to save money.

The total cost of the structure, which included expansion of the heating plant and equipping the building, was $689,500 (the equivalent of $10.5 million in 2021). 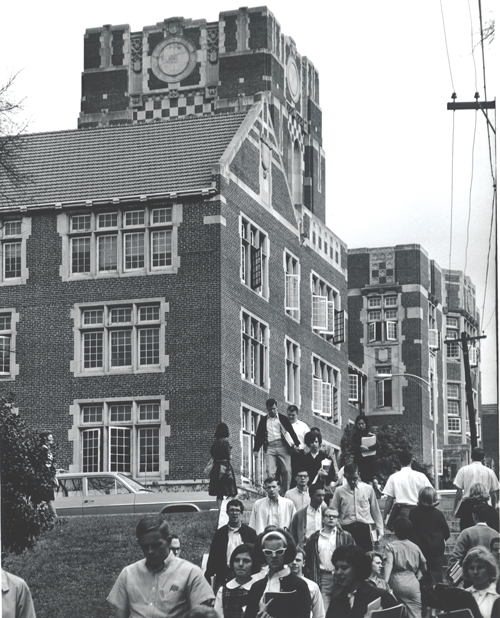 Steam pipes from a new boiler room in Estabrook Hall had to be run to Ayres. During the digging of a trench for the pipes, six skeletons were found below the driveway just west of Barbara Blount Hall. The remains were believed to be those of Union soldiers killed in Knoxville during the Civil War.

More than 2,500 people came to the dedication of Ayres Hall on June 7, 1921. The ceremony was presided over by alumnus Philander Claxton, who at the time was serving as US commissioner of education.

Until recently, the name Ayres was misspelled on the tower’s plaque as Ayers. The grandson and namesake of President Brown Ayres asked that the mistake be rectified. In 1992, the family paid for an additional plaque with the correct spelling, which is mounted beside the original.