In a Speculative Light 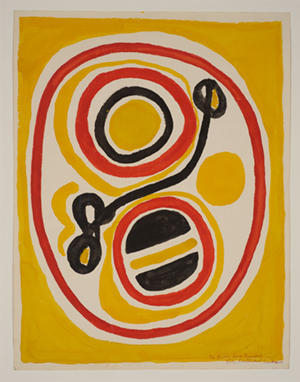 As Black History Month kicked off in February 2020, staff in the UT Humanities Center worked with UT arts and humanities faculty to put the final touches on an interdisciplinary symposium celebrating 20th-century artists James Baldwin and Beauford Delany. Hosted by Humanities Center Director Amy Elias and funded in part by a grant from the National Endowment of the Humanities, “In a Speculative Light” connected UT to Knoxville’s cultural centers and offered students a chance to experience groundbreaking intellectual exchange on the UT campus.

“Baldwin and Delaney were friends for more than 20 years, but almost no one has explored the impact of their relationship on their respective arts,” Elias said. “The NEH grant helped us fund a visionary program centered on a painter born in Knoxville and helped the Humanities Center to partner with the Knoxville Museum of Art, Les Amis de Beauford Delaney in Paris, and members of The Delaney Project in Knoxville, including Marble City Opera and the Beck Cultural Exchange Center.”

The symposium brought 26 scholars to Knoxville from Harvard, NYU, Columbia, Stanford, and other top universities, as well as from the Schomburg Center in New York City. Speakers included David Leeming, the only authorized biographer of both Baldwin and Delaney, and internationally acclaimed artists and scholars working in literature, jazz studies, and the visual arts. 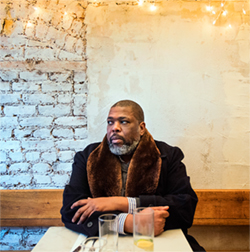 Members of the Delaney and Baldwin families attended the opening night gala at the Knoxville Museum of Art featuring Pulitzer-prize winning author Hilton Als and the nationally acclaimed KMA exhibition of Delaney’s paintings, “Through the Unusual Door.”

The executor of the Delaney estate hosted a small exhibition of Delaney’s paintings in the Student Union, and members of Knoxville’s Delaney Project, including chair Sylvia Peters, spoke on campus at the Frieson Black Cultural Center. In addition, UT art professors sketched portraits of panelists during the run of the symposium in honor of Beauford Delaney’s own devotion to portraiture. All of the campus symposium activities were free and open to students, faculty, and staff, and plenary sessions were live-streamed for the public.

“Visiting scholars took away an extremely favorable impression of Knoxville and of UT as an institution that supports transformative arts and humanities research,” Elias said. “And I am proud that the Humanities Center could promote programming that connects UT to its city and its history in such an important way.”